How Open Source is Transforming the Automotive Industry 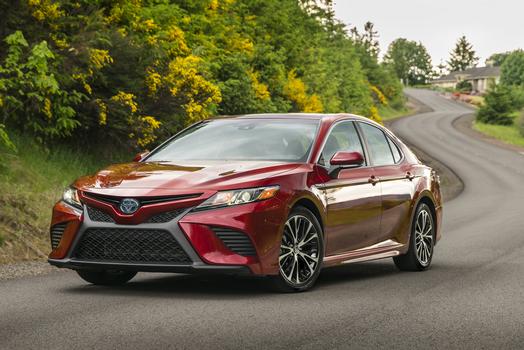 One key benefit of open source is its ability to enable rapid innovation. Collaborating on non-competitive pieces of technology frees up resources, enabling companies to focus more on developing new products and services.

We are seeing this play out now in the automotive industry as automakers are adopting open source software for core technologies like the infotainment operating system. This allows them to focus more resources towards the industry-wide race to develop new technologies, mobility services, and autonomous vehicles.

According to the 2017 Autotrader Car Tech Impact Study, 53 percent of consumers expect vehicle technology to be as robust as their smartphone. Unfortunately, the automotive industry has fallen behind the smartphone in terms of features and functionality. Automotive innovation is too slow, time-to-market is too long, and there’s very little software reuse.

Part of the problem is that today’s connected car uses approximately 100 million lines of code. Compare that to the Android operating system, which runs on 12-15 million lines of code, and the average iPhone app which uses less than 50,000 lines. It’s no wonder that the product development cycle for automotive companies is so much longer than for tech companies. According to some industry data, the development of an infotainment system traditionally takes 36-39 months.  In that time period, three or four versions of iPhone and Android phones will be released.

One of the main obstacles preventing automakers from innovating as quickly as tech companies is that the infotainment landscape is very fragmented. Imagine for a second if each PC or laptop manufacturer had its own version of an operating system; this would mean that application developers would have to make sure their software works with each manufacturer. What a mess! Yet this is exactly the situation we have in the automotive market. Each automaker has its own proprietary system that was built using a custom version of Linux, QNX, or Windows Embedded, and there’s very little code reuse.

To reduce this fragmentation, the Automotive Grade Linux (AGL) community at The Linux Foundation is building an open source platform that can serve as the de facto industry standard. Sharing a common platform enables developers to build an application once and have it work everywhere. Automakers can focus on developing new products and innovative new features that can be brought to market faster.

The AGL infotainment platform, the Unified Code Base (UCB), is quickly gaining momentum across the industry. Toyota has adopted the AGL platform for its next-generation infotainment system, which debuts on the 2018 Toyota Camry and will roll out to most Toyota and Lexus vehicles in North America. And we expect to see more products and vehicles with AGL roll-out over the next couple of years.

AGL’s first focus was on infotainment, but we are planning to address all software in the vehicle including instrument cluster, heads-up-display, telematics, advanced driver assistance systems (ADAS), and autonomous driving. As the race towards self-driving cars continues to heat up, it’s become clear that the amount of code needed to support autonomous driving is too large for any one company to develop on its own.

An open source platform for autonomous driving will help accelerate the development of self-driving technology while creating a sustainable ecosystem that can maintain it as it evolves over time. We believe the first step is to create an open, crowdsourced mapping database where automakers can contribute and access real-time 3D map data. AGL will soon to be in millions of cars on the road. With the support of our rapidly growing community, we hope to drive the cross-industry collaboration needed to accelerate development for autonomous vehicles.

Software has become one of the backbones of the automotive industry. It powers applications from infotainment to advanced driver assistance systems and autonomous driving. By bringing the industry together around a shared platform, AGL is enabling automakers to innovate faster, and quickly bring new products to market that will enhance the customer experience and impact the bottom line.