How Contributing to Diversity in Technology Made Me a Better Engineer

Because my family couldn’t afford tuition, I couldn’t pursue my true interest Computer Science and, instead, studied Metallurgical Engineering — a field that I had absolutely no interest in.

As I waited in line for the interview with an Iron extraction company, millions of thoughts running through my mind:

“Will be able to work in a field with no interest for my entire life?”,

“Will I be happy and satisfied here?”

“Is this opportunity big enough for the ambitions I have?”, “Has fortune done justice to all the sleepless nights of mine?”.

There was a part of me that kept asking whether this is what I wanted to do.

The very next moment, I left the line and went back to my room, skipping my interview.

After doing a lot of research for the next two days, I came to know about Google Summer of Code (GSoC), a program run by Google where students make contributions to open source software in return for recognition in the technology industry. I had 6 months in hand, for the only chance of getting selected in GSoC and steering my career path into software engineering.

I started learning to program, from basic algorithms in C, to building backend APIs in Django and building frontend UI in Angular and React.js. I gave it my all. This was followed by making significant contributions to open source projects to get selected for the program. Day in and day out, I kept making code contribution to recognised organisations such as Zulip, FOSSASIA, National Resource for Network Biology(NRNB) and Oppia. I decided to submit proposals for the first three, and managed to get shortlisted in all of them, finally going ahead with NRNB.

The following month, I got selected for another open source program called CodeSprint run by the Open Web Application Security Project (OWASP), a recognised organisation in web and application security. I worked on both the programs simultaneously and successfully completed my work, receiving good reviews from my mentors. A few months later, after making code contributions for 4 long months, I managed to become the Grand Prize Winner of another open source program called CodeHeat run by FOSSASIA.

Although I graduated with a degree in metallurgical engineering, I secured a job as a software engineer in the silicon valley of India, Bangalore. Open source software provided me a platform to showcase my skills, network with other developers and expand my knowledge of software development.

I also learnt about the lack of diversity in the technology field, and realized that I can actually make a difference to it through open source. I began mentoring students, the majority of which were women. I delivered talks about my journey and career transition in local meetups to inspire people and tell them how open source can help someone. I kept on teaching women, and people underrepresented in technology, in various open source programs such as GSoC, Google Code In, Rails Girls Summer of Code, LearnITGirl, Wootech Mentorship program Singapore to name a few. By that time, came to know about cloud native, and open source organisations such as Linux Foundation and CNCF. I also realized that I would need to learn more about these technologies in order to be better developer and mentor. I began learning more and more about these technologies to be better than average developers.

In order to improve myself and learn more of these advanced technologies, I went out of my comfort zone and started going to local hackathons and conferences. But I wanted to learn more about these technologies and also enhance my public speaking skills to deliver tech talks in conferences. I discovered the Linux Foundation’s Open Source Summit North America 2019, and how attending the event would help me improve myself. However, I did not have sufficient funds to support my trip to California. I applied for travel fund through Linux Foundation, but wasn’t very optimistic about it. But one fine day after 3 months of wait, I woke up to an email titled “Congratulations, your travel fund request for OSSNA has been accepted”. It was when I realized how much the community cherishes an open source contributor. I was thrilled and overjoyed!

The conference week arrived, I landed in Los Angeles, travelled to San Diego by Train, and arrived at the conference venue at Hilton. I started getting the Open Source Summit vibe the moment I arrived. I used the Sched app in order to plan my schedule and decide which talks to attend. The sheer diversity in the topics covered in talks from cloud technologies to embedded systems, coupled with an opportunity to network with attendees of various backgrounds doing phenomenal work in open source has made my experience memorable. The event started with keynote by Jim Zemlin, Executive Director at Linux Foundation, where he shared about Confidential Computing Consortium. This was followed by Jeff Clune, Senior Research Manager at Uber AI talking about Fueling Innovation by creating, collecting, and improving stepping stones. One other keynote that I would like to highlight is A.I. and Stephen Hawking ACAT by Kairan Quazi. He is truly an inspiration.

Some of the talks that really stood out includes “Peeling Layers: A Deep Dive into Kubernetes Networking”, “Helm 3: Navigating To Distant Shores”, “Machine Learning Made Easy on Kubernetes”, “Kubernetes Housekeeping”, “Out of the Box Observability and Tracing in Kubernetes with Kong, Zipkin and Prometheus”, “Use cases of Kubeflow” etc.

I also attended the sponsor showcase to know more about the latest advancement of their products, network with some of the most amazing people in open source, and learn more about the job opportunities they provide. Also, I would never be able to forget the Attendee Reception at USS Midway Museum and Puppy Pawlooza <3

I learnt so much and had lots of fun at the conference. This would not have been possible without Linux Foundation and I couldn’t thank them enough for giving me this opportunity. Special thanks to Jacynth Roberts for being so helpful. Looking forward to keep on contributing to FOSS and speaking at future Open Source Summits. 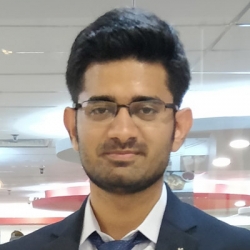 Follow Me
Raghav Jajodia
Raghav is a software engineer from Bengaluru, India. He is a diligent open source contributor and have been contributing to FOSS for more than three years. He has been a part of FOSS programs like Google Summer of Code 2017, OWASP CodeSprint 2017, FOSSASIA CodeHeat 2017 to name a few. He has also served as a tech mentor to more that 200 students in technology field, majority being females to improve diversity in tech space. He has been a mentor in programs like Google Summer of Code, Google Code In 2017, Rails Girls Summer of Code 2017, IIT Kharagpur Winter of Code 2018, Wootech Mentorship program etc. He aspires to be a Cloud Native expert, anda tech speaker at Linux and CNCF conferences. Follow Raghav on GitHub and LinkedIn.