SAN FRANCISCO, Calif., January 24, 2018 – The Cloud Native Computing Foundation® (CNCF®), which sustains open source technologies like Kubernetes® and Prometheus™, today announced that CoreDNS is the first project of 2019 to graduate, following last year’s graduations of Kubernetes, Prometheus, and Envoy. To move from the maturity level of incubation to graduation, projects must demonstrate thriving adoption, diversity, a formal governance process, and a strong commitment to community sustainability and inclusivity.

CoreDNS is a fast, flexible, and modern DNS server that also provides service discovery in cloud native deployments. As it provides a backwards-compatible, but extensible, integration with Kubernetes, the most recent Kubernetes release (1.13) officially recommends CoreDNS as the default DNS for all deployments moving forward. The server can also be used for native cloud integration in hybrid cloud environments with AWS, using AWS Route53 and etcd – with plans to add Google Cloud DNS support soon.

“CoreDNS has been a part of CNCF for nearly two years and has been cultivated by the community to reach graduation and officially serve as the DNS server for Kubernetes,” said Chris Aniszczyk, COO of CNCF. “Also, CoreDNS is a fantastic standalone DNS server that continues to be used in more environments – we’re excited to continue to support the community as it grows.”

The project was created in March 2016 by Miek Gieben, who was then a site reliability engineer at Google. In building CoreDNS, the community took into account the limitations of other DNS servers to create a generic DNS server that could talk to multiple backends – like etcd, Consul and Kubernetes. CoreDNS later joined the Cloud Native Sandbox in 2017, and became an Incubating project in February 2018. Today, the project has over 100 contributors, 16 active maintainers, and many organizations using it in production in and outside of Kubernetes – including Bose, Hellofresh, Skyscanner, SoundCloud, Trainline, and Zalando.

“Since joining CNCF in early 2017, CoreDNS has been able to see fantastic community growth and amazing uses in production,” said Yong Tang, CoreDNS maintainer. “We’re incredibly thankful to CNCF who has helped make CoreDNS a successful project, and look forward to working with CNCF to continue the growth of our community.”

“The CoreDNS project and community have come a long way, resulting in the huge milestone of graduating as a project within CNCF,” said Michael Grosser, CoreDNS maintainer and founder of Okkur Labs. “From a simple DNS server exposing Prometheus metrics, to a full-fledged DNS solution with huge flexibility built-in. Becoming a core component in most Kubernetes clusters, bringing more stability and flexibility to users, gives us confidence in the awesome community supporting CoreDNS.”

“The flexible, plugin-based architecture of CoreDNS has proven to be a powerful design for a DNS server. The ease of integrating with and extending CoreDNS has made it critical to implementing a wide variety of DNS services and use cases – from Kubernetes service discovery to policy-based DNS and ad blocking,” said John Belamaric, senior staff software engineer, Google Cloud and CoreDNS senior maintainer. “CNCF’s support for the project has been critical to the success of CoreDNS, and we are excited to graduate and continue growing our diverse community.”

“As a project maintainer, I’ve focused on tuning CoreDNS for its adoption by the Kubernetes community, collaborating on Kubernetes deployments of CoreDNS, and validating the project as the DNS Server for Kubernetes clusters,” said Francois Tur, software manager at Infoblox “Today’s graduation of CoreDNS from CNCF is a great achievement for our project community. This journey started more than two years ago and we’re just getting started.”

To officially graduate from incubating status, the project adopted the CNCF Code of Conduct. The CoreDNS team has also completed 12 releases in the past year, and now has 35 built-in plugins and 15 external, with several developed for the Kubernetes community. It participated in the past two years of Google Summer of Code, in which mentors are paired with student interns to help advance growing cloud native projects.

“Building GitNS.com on a solid foundation with CoreDNS was a great decision. The essential nature of DNS made it paramount to build on top of a performant, reliable, and extensible system,” said Michael Grosser, founder of GitNS. “The project has an incredible community we are more than happy to support. With CoreDNS’ graduation from CNCF, it becomes one of the best DNS platforms to build infrastructure and custom use cases on.”

Cloud native computing uses an open source software stack to deploy applications as microservices, packaging each part into its own container, and dynamically orchestrating those containers to optimize resource utilization. The Cloud Native Computing Foundation (CNCF) hosts critical components of cloud native software stacks, including Kubernetes and Prometheus. CNCF serves as the neutral home for collaboration and brings together the industry’s top developers, end users and vendors – including the world’s largest public cloud and enterprise software companies as well as dozens of innovative startups. CNCF is part of The Linux Foundation, a nonprofit organization. For more information about CNCF, please visit www.cncf.io. 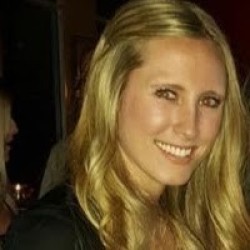